Work in the Monze Diocese

The Monze Catholic Diocese is based in Monze, the capital of the Southern Province of Zambia, lying on the main highway 200 kms south from the national capital, Lusaka. The Diocese covers the southern province and part of the central province.

Monze itself is only a small town of approximately 30,000 people. It is, however, the centre of a mostly rural diocese stretching across a hundred remote rural villages with a combined population of 1.4 million people. To the west is the extensive Kafue National Park, on its southern border are the Victoria Falls at Livingstone, and on it’s east is the border with Zimbabwe along the Zambezi River.

The problem, causes and needs

Life is challenging in these rural villages, especially in those that are farther from the towns because of the lack of transport, education and health facilities. In the villages people mainly depend on the rain for their cultivation of maize (corn) and cotton. Unfortunately, often the rains don’t come, and drought is now becoming more common every year. It is common for around half of the village population to experience drought and hunger every year.

Added to these challenges is the suffering caused by HIV/AIDS. Due to the HIV-AIDS pandemic a whole generation of parents has been wiped out. The number of widowed mothers who struggle to raise their children singlehandedly is increasing and there is an increasing number of orphans. Most of these children live with one, or sometimes two, grandparents who are unable to adequately support them. Sometimes, they live with older siblings who themselves are struggling to survive and lack the personal maturity to look after a child. Other times, they might be taken in by an aunt or uncle, to an already hungry family where food then becomes even more scarce.

The economy in the local villages is very depressed. Most eat only what they can grow, but even that is becoming ever more difficult with climate change, and an elderly grandparent can only work so much. Therefore, the children and their grandparents must make an awful choice. One can’t eat and go to school. The children, of course, choose first to help their grandparent look for food or tend to their cattle. The welfare of these children is at risk on so many levels; spiritually they don’t receive formation, socially they can’t interact with others of a similar age, intellectually they don’t learn to at least read and write, and materially they lack nutrition, clothing and health.

The life-threatening long-term challenges for the people are hunger made worse by increasing drought and the lack of parents due to HIV/AIDS resulting in children being malnourished, uneducated and possibly abandoned.

To address these issues, Bishop Moses Hamungole and his diocesan pastoral team are taking a wholistic approach in their evangelising mission in southern Zambia.

Along with all the usual pastoral work of the parishes extra programs are being conducted to directly help the most vulnerable in a wide variety of ways. The following are some concrete examples of the breadth and depth of their work, supported by Catholic Mission, in bringing about life to the full for all (Jn 10:10) as Jesus promised, especially the littlest and most at risk.

Projects in the Diocese The Santa Barbara, St Michael Archangel and St Kizito parish teams hope to help the most vulnerable children, especially those in rural communities, achieve an education; empowering them to build a better future for themselves and their families. The St Mary Queen of Peace parish aims to provide all children with at least one well balanced meal a day during the school term, so they can focus and study and enjoy their schooling. 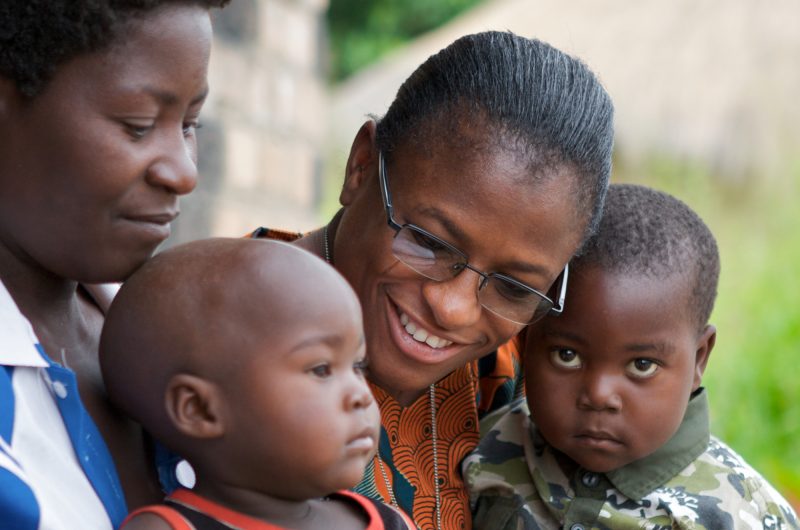 The preschool is located in St Paul’s Parish in Gwembe. Children who attend are receiving help with school fees and vital support through the feeding program. For Monze Diocese, one of their highest pastoral priorities for their mission is supporting the mental health and wellbeing of vulnerable children, creating a strong sense of community responsibility.